20 years ago, competitive gaming for many was trying to beat that one other high score on Space Invaders in your local arcade or tense Quake LAN parties with your mates. Today, competitive gaming is a booming industry valued at nearly $1bn by the end of this year, and set to nearly double that by 2021.

With the rise of technology and growth of video gaming as a whole, this statistic is no surprise. We’ve all watched as games went from coin-fed arcade cabinets to 100+ hour RPGs being played on a Nintendo Switch on a plane, but this has been a gradual and well-anticipated progression. What wasn’t anticipated by many, especially those less familiar with gaming, was the rise in broadcast eSports tournaments, capped off most recently with this weekend’s Overwatch League Grand Finals on prime-time ESPN.

This isn’t the first time eSports has made it to the mainstream but it’s certainly one of the most prominent, akin to the Halo World Championship’s appearance at X Games Aspen in 2016 which certainly rocked the boat for many sports enthusiasts (much like this weekend).

For example, some of the biggest eSports destinations such as South Korea have been doing this for years on dedicated eSports television channels and networks such as OGN, famous for StarCraft and League of Legends. Within its home ground on Twitch, the Overwatch League has consistently held over 100,000 viewers, so the audience is most definitely there and it’s clear that ESPN are keen to tap into that market with a multi-year broadcast deal they’ve signed with Activision Blizzard.

“We are turning the corner here in terms of our interest and engagement in the esports category. We’ve had an interest and have been watching pretty closely how the first year of the Overwatch League has been progressing, and we’re really excited to be a part of this. Clearly by the way we’re going to be covering it starting with the playoffs and the finals this year certainly speaks volumes to our excitement and our enthusiasm overall for esports moving forward.”

But do eSports belong on platforms like ESPN? The two main issues are whether eSports can be considered sports, and whether these TV platforms should include non-traditional sporting competitions.

So firstly, what is a sport? Most people will describe a sport as an athletic, physical activity that involves competition, which isn’t too far from the full definition. The Oxford English Dictionary defines a sport as “An activity involving physical exertion and skill in which an individual or team competes against another or others for entertainment.”

The main points are simple. Competition? Check. Entertainment? Check. Physical exertion and skill? Technically… check. Without a doubt eSports pros possess an incredible level of skill within their chosen games, training for countless hours improving their personal gameplay and team strategies. The recognition of this ability is so significant that it is now treated as a full-time professional position, with Overwatch League players earning a minimum salary of $50,000 and benefits including housing, insurance, retirement and more.

The constantly-quibbled point comes down to the semantics of physical exertion. Often compared to games like darts or snooker, many try to de-categorise eSports from traditional sports, saying that it doesn’t involve physical exertion. Naturally the typical view of the word exertion is one of panting, exhaustion and lots of running or strength – in fact exertion simply means “effort”. Any professional gamer will tell you that skill and strategy are nothing without amazing hand-eye coordination and lightning-fast reactions, both of which require enormous physical effort to both use and develop.

I am forever doomed to be terrible at Call of Duty because, despite my reasonably fast reactions, I can’t aim for the life of me. Now, that’s not down to my hardware, nor my awareness or understanding of the game – that’s simply my lack of precision in using a control stick. My aim will jut from one side of a player to the other despite barely moving the stick as far as I’m concerned, and the only way that will improve is through physical effort to train my hand to apply pressure more precisely.

In my view, with all the semantic arguments made, eSports certainly qualifies as a sport on paper, but perhaps better classed as a non-traditional sport. Darts and snooker could qualify on the above definitions but I certainly wouldn’t class those as traditional sports either. Does that diminish their importance? Certainly not, but it might be the best compromise to reach with sports traditionalists for the time being. As time moves on and more progress is made it’s certainly something that will be revisited.

Over to our other concern, then – can ESPN show more than just traditional sports? The fact is they already have – events like the World Series of Poker have been shown by ESPN for years, so it’s not much of a stretch to see eSports setting up camp too. The E in ESPN stands for Entertainment, and whilst that long form was abandoned years ago in a rebrand, the abbreviation remains.

The biggest tool ESPN have up their sleeve for easing traditional mainstream viewers into this era is the NFL-esque format of the Overwatch League. A structure that viewers can recognise and follow without any prior knowledge. The league is comprised of 12 city-based teams spread across the world including Los Angeles Valiant, the Shanghai Dragons and the inaugural winners London Spitfire.

What’s more, the teams have some seriosuly big names behind them, names that sporting fans will again be able to relate to. The Kraft Group, an enormous entity who also own the NFL team New England Patriots, were the first to buy into the League with Boston Uprising. This was followed quickly by the Wilpons (owners of the New York Mets baseball team), who bought in with New York Excelsior. 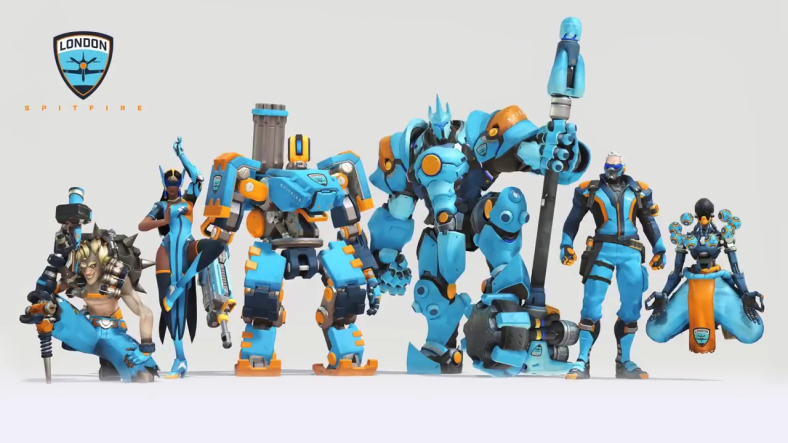 Naturally eSports fans will recognise other team owners such as Cloud9 & OpTic Gaming, but these bridges between eSports and traditional media are almost certain to help traditional viewers adjust and support this new age.

This isn’t a transition that will happen quickly, but thanks to ESPN’s multi-year deal with Overwatch and the clever design of the League, it’s about to happen a lot faster than it was. Do eSports belong on prime-time sporting networks? With all the above taken into account I don’t see how it can’t belong anymore. These competitors are phenomenally skilled, truly passionate and well-supported, and I think ultimately that’s all that really matters now.